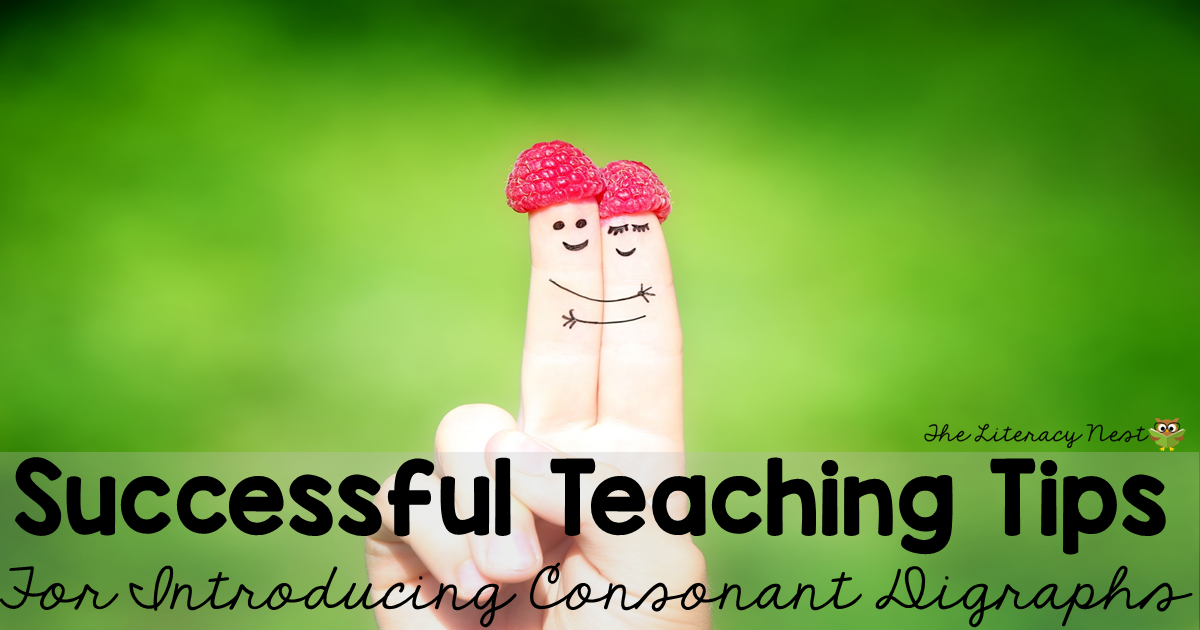 Many children have some knowledge of consonant digraphs when they start their Orton Gillingham lesson with an Orton-Gillingham tutor, although few really are familiar with the term digraph, its definition, or all of the digraphs we teach in Level 1. Here are some tips for making digraph instruction multisensory and memorable. A digraph is 2 letters that make 1 sound. Combinations such as sh, th, ch and ck are digraphs.

When first introducing digraphs, I like to concentrate with children on the sounds that they hear. For example, if I were teaching the sh phonogram, I might ask a student to show me the sounds in the word shop and shut using tiles or counters or blocks. At this point, the student should be able to identify that there are 3 sounds in each word. After listening for which sound is the same, I would show the student the written words and ask them to identify which letters were making the /sh/ sound. If the student was unable to recognize that the sound was made by sh, I would tell them and have them mark the letters. By first focusing on the sound they hear, it reinforces the idea that a digraph is a single sound.

Using body movements to reinforce the definition is also helpful. Hold up one finger on the left hand for 1 letter and one finger on the right hand for the other letter…2 letters, bring them together and then hold up 1 finger for one sound. I find it is helpful to explain to students that di-means two and graph means letter. This sets the precedent that morphology has an important role to play in language. Most children by upper elementary are familiar with the word carbon dioxide which you can explain has 2 oxygen atoms.

When using manipulatives, one of the major principles I want to convey is that a digraph stays stuck together. You can’t separate the sound of a digraph into the two individual letter sounds. To show this visually, you might use magnetic letters and slide them together or use unifix cubes to show that the two letters stick together. Another idea is when using magnetic counters, tape two counters together to represent the digraph. The letters can’t be separated, and will only count as one sound when segmenting a word. When you sweep them up with a magnetic wand, the letters will be picked up together. Using blank puzzle pieces is another way to visually show the connectedness of the two letters in a consonant digraph. 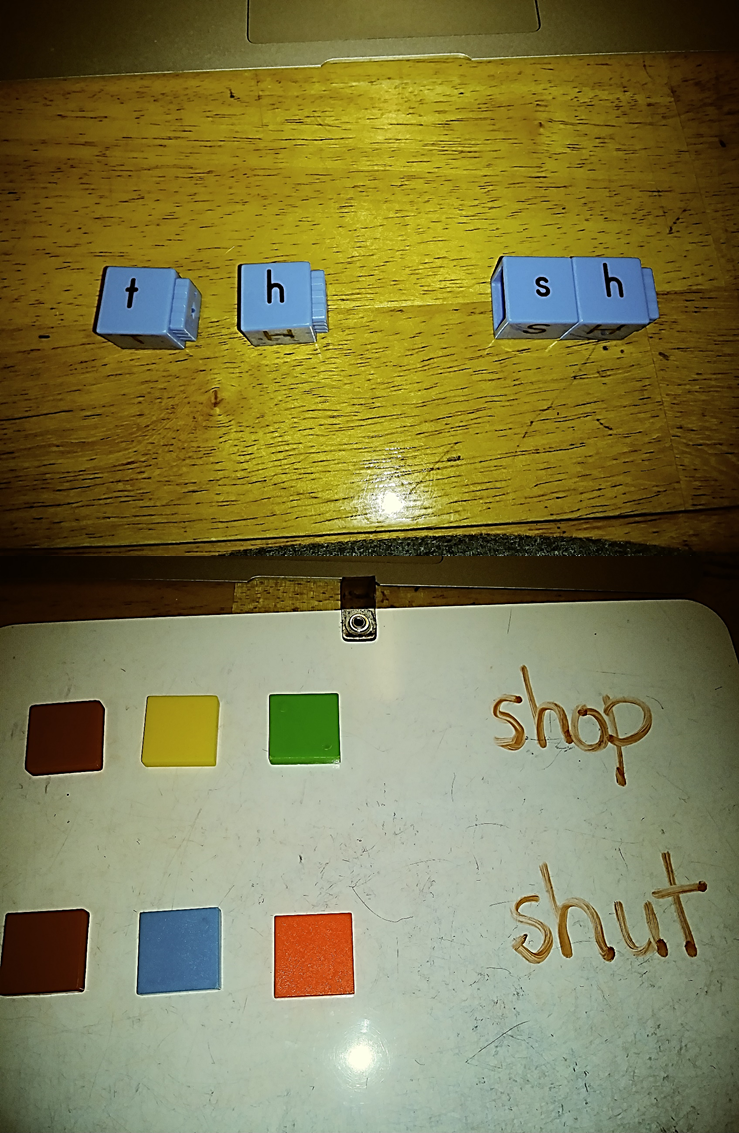 As with the learning of any new phonogram, it is helpful to use a variety of multisensory materials such as playdoh and sand. Building a 3 dimensional model of the consonant digraph is particularly helpful for developing a visual model of the digraphs as whole units.

Using a story for each digraph, such as the H brothers story from Project Read is another way to make these “characters” come to life. Ch is represented by Charlie who is crazy about trains. He runs around saying “choo choo choo choo”. Th is represented by Theo, the rude brother who sticks his tongue out and says “th”. Wh is represented by Whit who tries to whistle but can only say /wh/. Sh is Shawn who likes quiet and keeps saying /sh/. Adding gestures to reinforce the sounds further helps to secure new learning.

A fun way to show that two sounds form a new different sound is to print the individual letters on colored plastic overlays. If you use primary colors and then overlap them, you end up with the digraph on a brand new secondary color. A yellow t and blue h make a green th.

Once the new concept has been taught and reinforced, the student needs plenty of opportunities for practice both in hearing and discriminating the digraph sounds and reading words with digraphs. Picture sorts, Memory matching games with sounds and words and reading decodable books with lots and lots of digraphs are great ways to practice and build automaticity.
While it is more important for students to know a digraph when they see one than to be able to remember the word digraph, this shared vocabulary is convenient. During the phonogram drill, occasionally ask a student how many letters and how many sounds are in a particular digraph and reinforce “digraph” as a vocabulary word. Be sure to incorporate the digraphs regularly as part of the blending drill.

As with all new learning, revision is probably necessary any time digraphs appear in a new context such as multisyllable or compound words and with prefixes and suffixes. With deliberate explicit teaching and practice, your students will soon be reading and writing words with digraphs with ease.

If you are seeking materials for teaching digraphs, you may check my Teachers Pay Teachers store.

I am celebrating my birthday with all of you 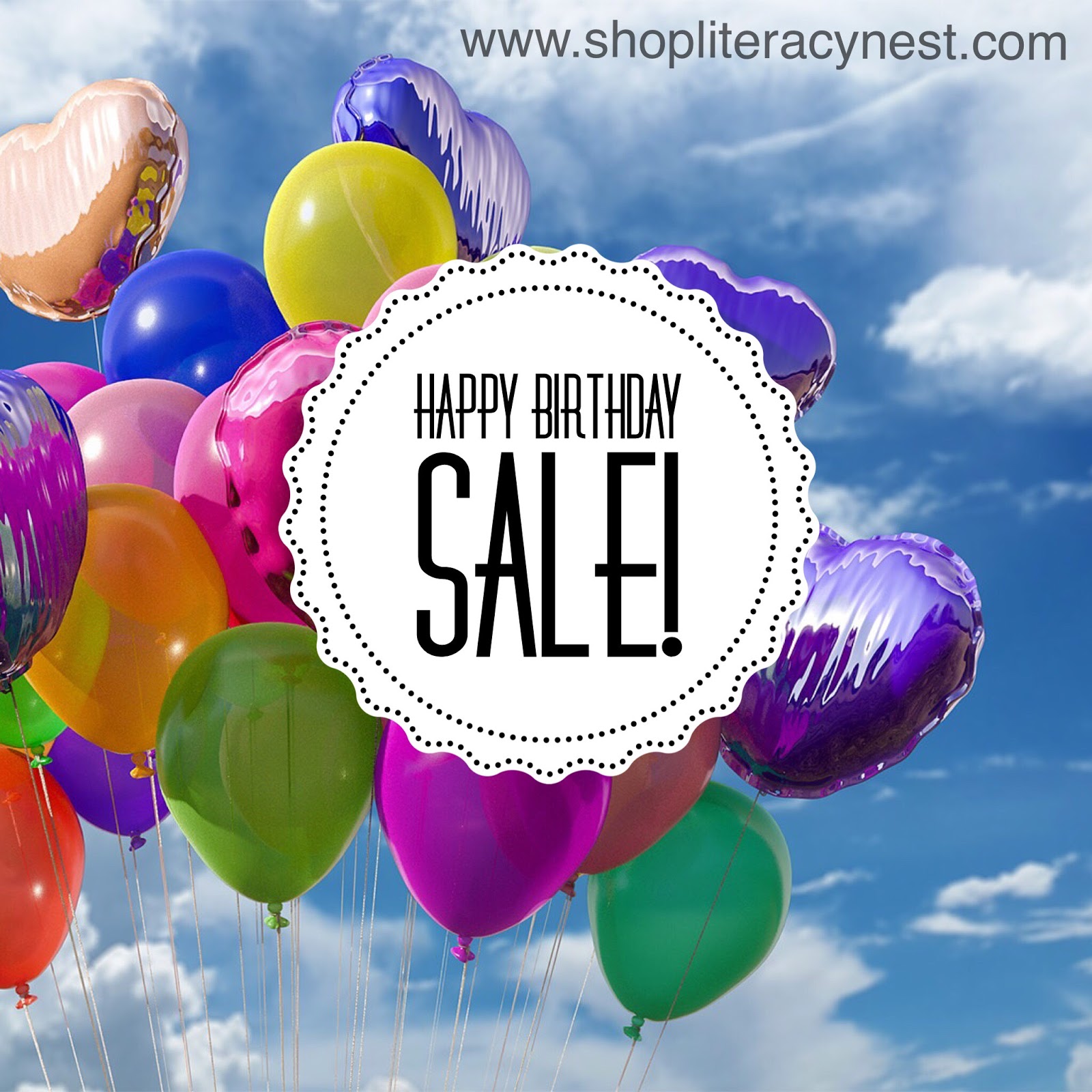 Thank you for supporting me, my blog and my store!

The Literacy Nest: Where Fledgling Readers Grow Hi everyone! As you all know, I have changed from The Reading Tutor/OG to The Literacy Nest in the past month. Thank you for continuing to support my page, stores, and blog as I have made the transition. Some of you may or may not be aware that…

Happy Friday everyone! As we near the end of October, I’d like to share a special freebie with you in honor of Dyslexia Awareness Month. Offering inspiring quotes from famous dyslexics can encourage our students when learning to read feels like an uphill battle. This is a collection of 9 quotes from famous people in…

In our new reality of virtual school and virtual work. It might feel hard for you to keep track of what month it is, let alone what Awareness Month it is! However, October is Dyslexia Awareness month. For the sake of our students with dyslexia, it is important to continue to spread awareness, not just…

Happy Friday TRT/OG fans! Phew! Things have been very busy around here. I’m in the middle of preparing for the upcoming blog hop (more details to follow), new TPT products, my upcoming guest blog post on Comprehension Connection, and the October newsletter. I’m learning how to get a whole lot done while my two little ones nap.  🙂 Here are…

Welcome to the February edition of Mentor Monday! This week we are talking about Valentine’s Day! I have a super cute and EASY craft for you to make with your kiddos. It’s great for following directions, shapes, symmetry and scissor practice. Of course, I have books too! A Nor’Easter has been predicted for today in…