If you were to write a job description for yourself, chances are it would be full of many varied types of tasks of varying complexities. As an educator, you wear many hats. You fill many different roles in the lives of your students and in the culture of our schools. Like human jobs, phonograms have job descriptions as well. Some phonograms have concise resumes. They fulfill a single function in English. They may only have one sound and appear in a predictable location in words. Other phonograms have many different roles to play in the structure of our language. Their multi-faceted roles are more akin to that of teachers. One of those letters that wears many hats is “y”. Let’s dig into teaching the jobs of Y.

Y As A Consonant

The first job of Y you teach your students about is the consonant y. Y is very often one of the trickier consonants for students. The letter name “why” starts with the /w/ sound, leading to frequent confusion. Y as a consonant occurs only at the beginning of a syllable.

In addition to tracing the letter y, one strategy that is particularly helpful for this is to use a ball of yarn. Yellow yarn is particularly helpful. Tossing the soft yarn ball back and forth while generating words that start with y helps to reinforce this tricky sound. Using the yarn ball for an indoor basketball hoop is another fun way to make practicing a tricky concept more memorable. With older students, this confusion can sometimes become deeply engrained. With one playful student, I would pretend to throw the yarn ball to him every time he made an error on the y sound.

Y As Long I

When y is a consonant, it has a unique sound, but for all the other functions of y, it borrows the sound of other letters. The next job of y that I typically introduce to students is the vowel y when y says ī. There are many high frequency words that fit this pattern such as: my and by. This also makes a nice contrast to consonant y which occurs at the beginning of a syllable. Your students can begin to see that the sound y makes is dependent upon location. By the time I introduce this concept, students are familiar with open syllables in short words such as me, hi, and no.

Extending this to reading and writing words like sky, cry and dry is a very reachable step. Since there are very few single syllable words that end with an open letter I, students learn that most often when they hear the long I sound at the end of a single syllable word it is spelled with a y.

Although your students can likely use their knowledge of syllable division to correctly read words like dusty and dirty, sticking with words where y is part of the base word such as candy and happy for marking and decoding will be helpful to differentiate later on. For both sounds of vowel y, I often use a prompt such as “That’s the sound I hear too. How is /ē/ usually spelled at the end of a two-syllable word.” Once these sounds are introduced, I make a point to include both consonant y and vowel y in my blending drill.

Y As Part of A Vowel Team

The next role of y that is introduced in the sequence of instruction is y as part of a vowel team. Y occurs as the second vowel in a number of vowel teams such as ay, ey, oy. Understanding this job of y is particularly important later on when learning the y rule for suffixing. Being able to differentiate y acting as a vowel alone vs y acting as part of a vowel team will be important for correctly applying this tricky spelling generalization.

Vowel teams with y typically come at the end of a syllable. So students need to become familiar both with the vowel team phoneme sound and spelling, but also with its appropriate use. I usually teach the sound and spelling first and then teach the accompanying spelling generalization. Multisensory practice, games and inclusion in the blending drill are all ways to help reinforce this new learning.

Y As A Suffix

At some point either after introducing vowel teams with y or in between those lessons, it is helpful to introduce the suffix y. Since students are already familiar with words that end with y, this is usually a fairly easily acquired skill. Although not strictly necessary with the suffix -y, it is helpful to get in the habit of having students identify the base word when writing words with a suffix. This habit is valuable both for building morphemic awareness, but also to facilitate proper application of spelling generalizations that might apply to the base word or to the suffixing situation.

This spelling pattern y-e says /ī/ as in type occurs at different times in different scopes and sequences. Because this is an uncommon spelling, I tend to introduce it quite late in the series of instruction. An advantage of introducing it parallel to Greek spellings is the utility of using it in words like chyme and rhyme.

Y As Short I

Another sound for y that is uncommon and that I typically introduce later in the scope and sequence is y in a closed syllable. Both this and y-e are unique to the use of y because the y falls in the middle of the syllable. This occurs in words such as myth or crypt. It is also found in words with Greek combining forms or phonemes such as symbiotic or nymph. By the time these skills are taught, students should be relatively adept at being flexible to try an alternate possibility if their first attempt at a sound is not successful.

The letter y is truly a jack-of-all-trades. This is something that lends itself to repeatedly being revisited in your instruction as students advance in their knowledge of language.

Here’s a handy teaching jobs of Y PDF to download and use as a reminder with your students.

If you’re seeking resources for teaching the jobs of y, these will definitely help you and your students!

Building an Understanding of Homophones   Soon after introducing the first vowel teams, the need to discuss homophones rears its head. This can be challenging for struggling readers during Orton-Gillingham lesson plans, and especially for ELLs, or English Language Learners. Homonyms and homophones are frequently confused and the words used interchangeably, but there…

Hi everyone! When using the Orton-Gillingham approach or in any reading intervention program, the review portion is such an important component. Using games to review is a great way to reinforce learning.  Today, I have a fun game to share with you for reviewing the doubling rule, also know as the 1+1+1 rule. Welcome…

Have you ever had a student decide a word didn’t look right so they added an e to the end? When in doubt, they throw an e on the end. Many students learn one of the reasons for silent e as part of the standard curriculum. Most of the other uses remain a mystery. Silent… 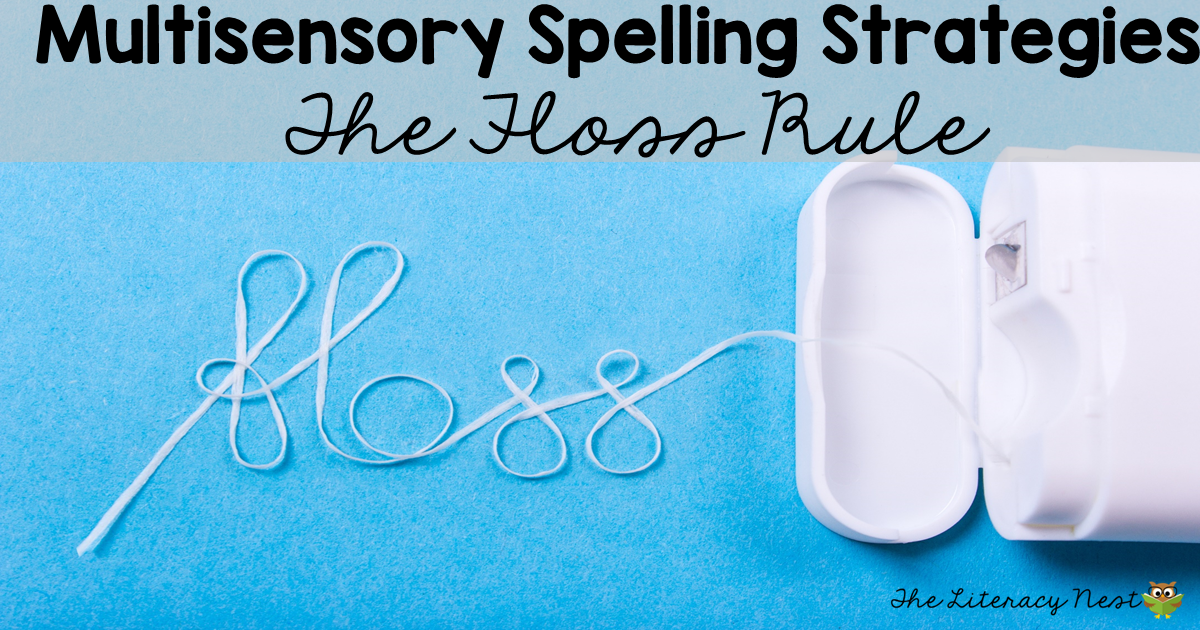 Tips for Teaching the FLOSS Spelling Generalization Some of the most powerful tools we teach our Orton Gillingham students are spelling generalizations to help them choose the correct spelling option. Most adults are not even aware of these “rules”, as with increased familiarity with the orthography of English, one develops an awareness of what “looks…

You may think of phonemic and phonological awareness as something for the primary grades, for early readers or non-readers. If you teach older struggling readers or language arts classes for upper elementary or middle school, you may not find phonemic awareness tasks among the materials at your disposal. However, for a lot of readers that…