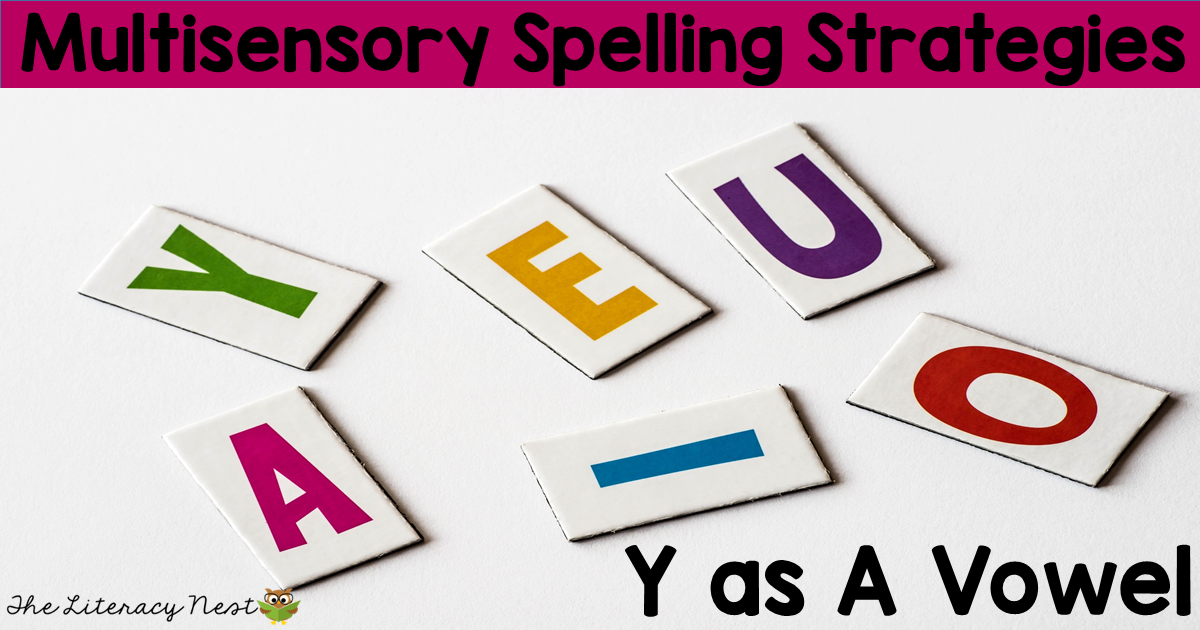 When Y is a Vowel

As part of the spelling generalization blog series, this next post is going to give you the low down on Y as a vowel. Most of us remember learning the vowels as children: A, E, I, O, U and sometimes Y. For a long time before I became trained in OG, the when and where of the vowel Y was a mystery. I wasn’t particularly sure how to explain it to students and was reluctant to emphasize it when the consonant sound for Y was already so challenging for many kids. And then when I dug deep in my training, it began to become clearer.

Not only could I say quite reliably that Y only made its consonant sound at the beginning of a syllable, but that Y borrowed sounds when it occurred in other places. In fact, y occurs more commonly as a vowel than as a consonant. The two most common sounds that the vowel y borrows are the long I sound and the long e sound. Luckily, these are quite predictable. In general, y makes the long I sound at the end of a 1 syllable word, or very occasionally at the end of an initial open syllable. Y typically makes the long e sounds at the end of a 2 syllable word.

It is helpful to specify syllable rather than word because although Y typically acts as a consonant at the beginning of a word, there are a few occasions where it is the first letter of the syllable such as the words: canyon, beyond, and lawyer

There are occasions where y will make the long I sound at the end of a 2-syllable word, but this is not typical.

Some examples of words that fit this pattern are:

There are also a handful of exceptions where the long I at the end of a one syllable word is spelling with an I, such as pi and hi. This may become somewhat confusing as students learn the vowel team ie down the road, but by then, y as long I is fairly well integrated and the words spelled with y quite familiar. Similarly, there are occasions where long e is spelled differently than y at the end such as ey or ie, but those phonograms come later on.

In order to teach the concept of y as a vowel, it is helpful for students to know the open syllable type, be familiar with determining the number of syllables, and be able to segment 4 or 5 sounds. I find this comes most easily in reading first. Typically, spelling the long e sound with y is a bit more challenging for students than the long I sound.  It is important to avoid using instances where y is actually a suffix at first. As students learn more vowel teams such as ey, it is important to remind students how frequently the long e sound is spelled with an open syllable y. Prompting with key words is helpful to act as a reminder while students are becoming more proficient and automatic with the use of y as a vowel.

Your students can use some guiding questions to help them make a decision when writing a new word:

Some teaching ideas include:

While using y as a vowel isn’t a particularly complicated concept, it moves students significantly closer to spelling things in a more standard way. It is valuable for students to learn that an e at the end of a word is much more likely to be silent and doing a job than to be making the e sound. 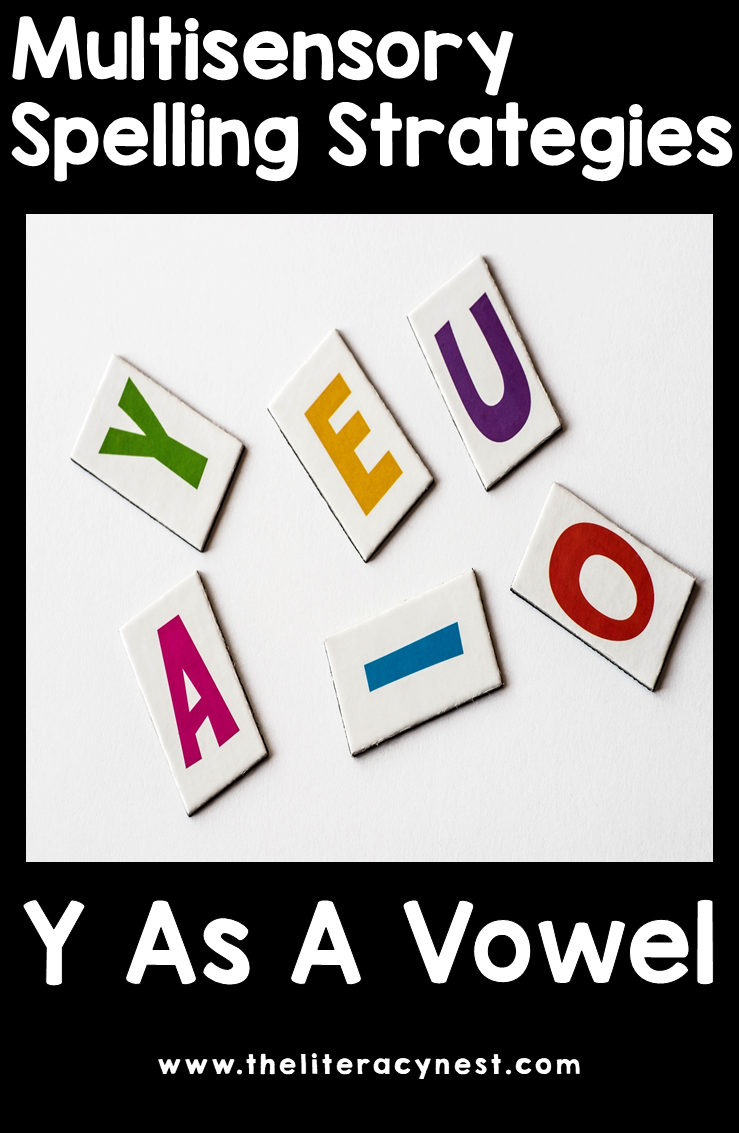 If you are seeking more advanced practice, you’ll want to check out this Spelling Generalizations bundle. 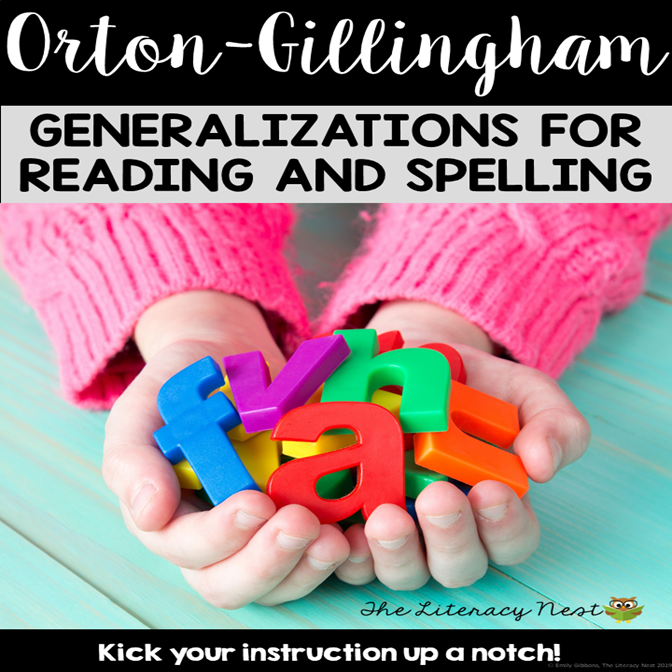 Be sure to catch the other spelling generalization blog posts HERE for LOTS more tips. I’ve got you covered. 😉 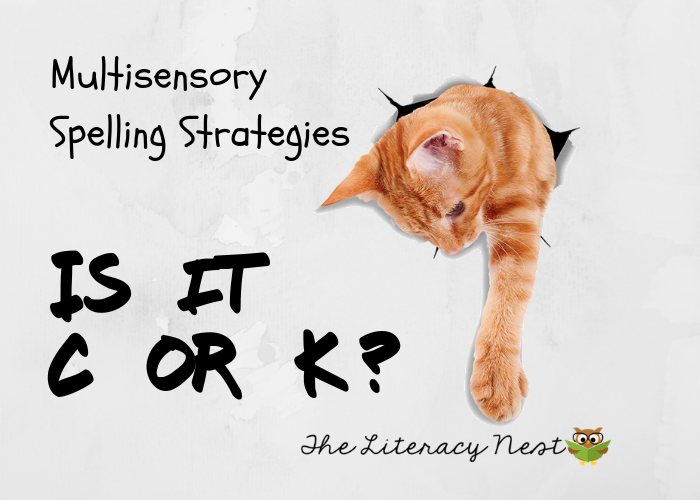 Does it start with c or k? A simple spelling generalization that students find very empowering regards the spelling of the initial /k/ sound or when the /k/ sound is part of an initial blend.

For many years, those of us who work with striving readers and writers have known that certain strategies or techniques are effective, but we haven’t really been able to tell WHY. We’ve known that students with dyslexia often have a pattern of areas of weakness in their psychological testing. We have theories and observations grounded… 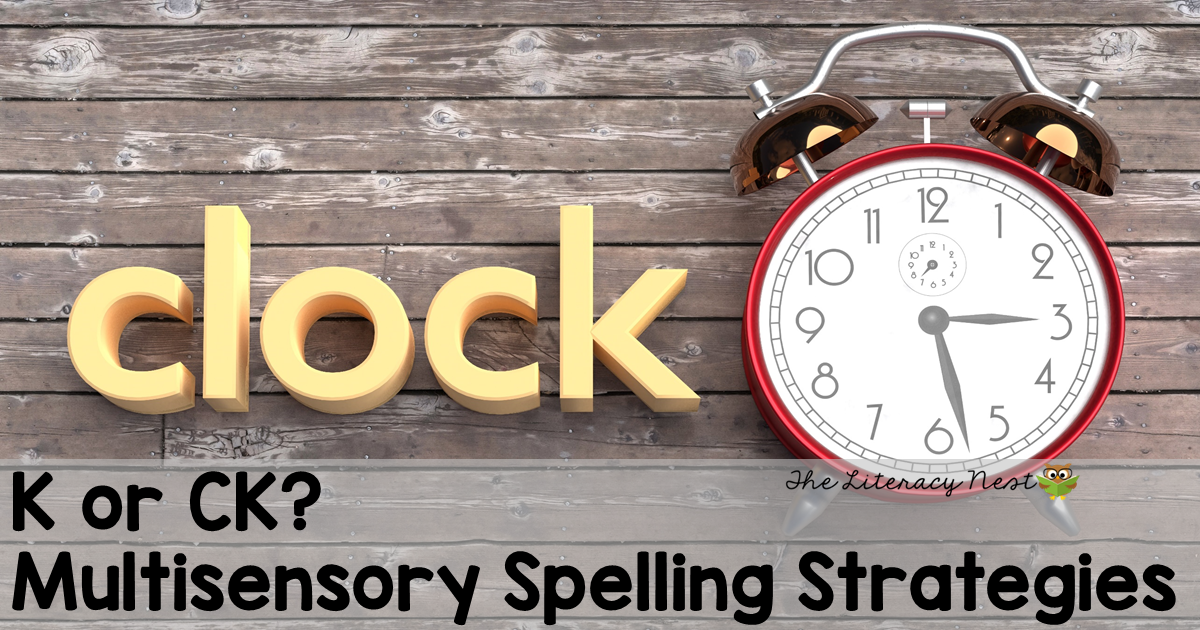