Have you ever noticed students having difficulty not only with visually similar letters such as b and d, but also having difficulty with letter sounds that seem more surprising such as /b/ & /p/ or /k/ & /g/? For mature language learners, it is sometimes challenging trying to find out what is causing the difficulty. For some of your students, there may be an issue with distinguishing between voiced and voiceless sounds.

Why spend time on voiced and voiceless sounds?

When your students have a hard time discriminating between the phonemes, or sounds of the English language, it can impact other areas of their learning, particularly in reading and spelling. Some sounds may have very subtle differences. If they are mixing two different sounds up, you may notice this translated in their writing. Since spelling can be a BIG window into how well your children have successfully developed their phonological processing skills, it’s important to find those areas that are still tripping them up and clear any confusion. Explicit instruction is the key.

There are different aspects of sound formation that differentiate one sound from another. What your student is doing with their lips, teeth, and tongue all contribute to the formation of sounds. However, certain letter sounds are differentiated from other sounds only by whether or not they are voiced. Voiced sounds utilize the vocal chords. For clarity, you may refer to voiced sounds as vibrating sounds.

Since all vowel sounds are voiced, determining whether or not a sound is voiced is most helpful for consonant sounds.

Some examples of voiced include:

You may teach children to check for vibrations by gently placing their hand on their neck while saying the sound. In a voiced sound one can feel a vibration in the fingers. Another way to check is for the student to cup their hands over their ears like headphones while making the sound. A vibrating sound will sort of echo and they will be able to feel the vibrations in their hands. 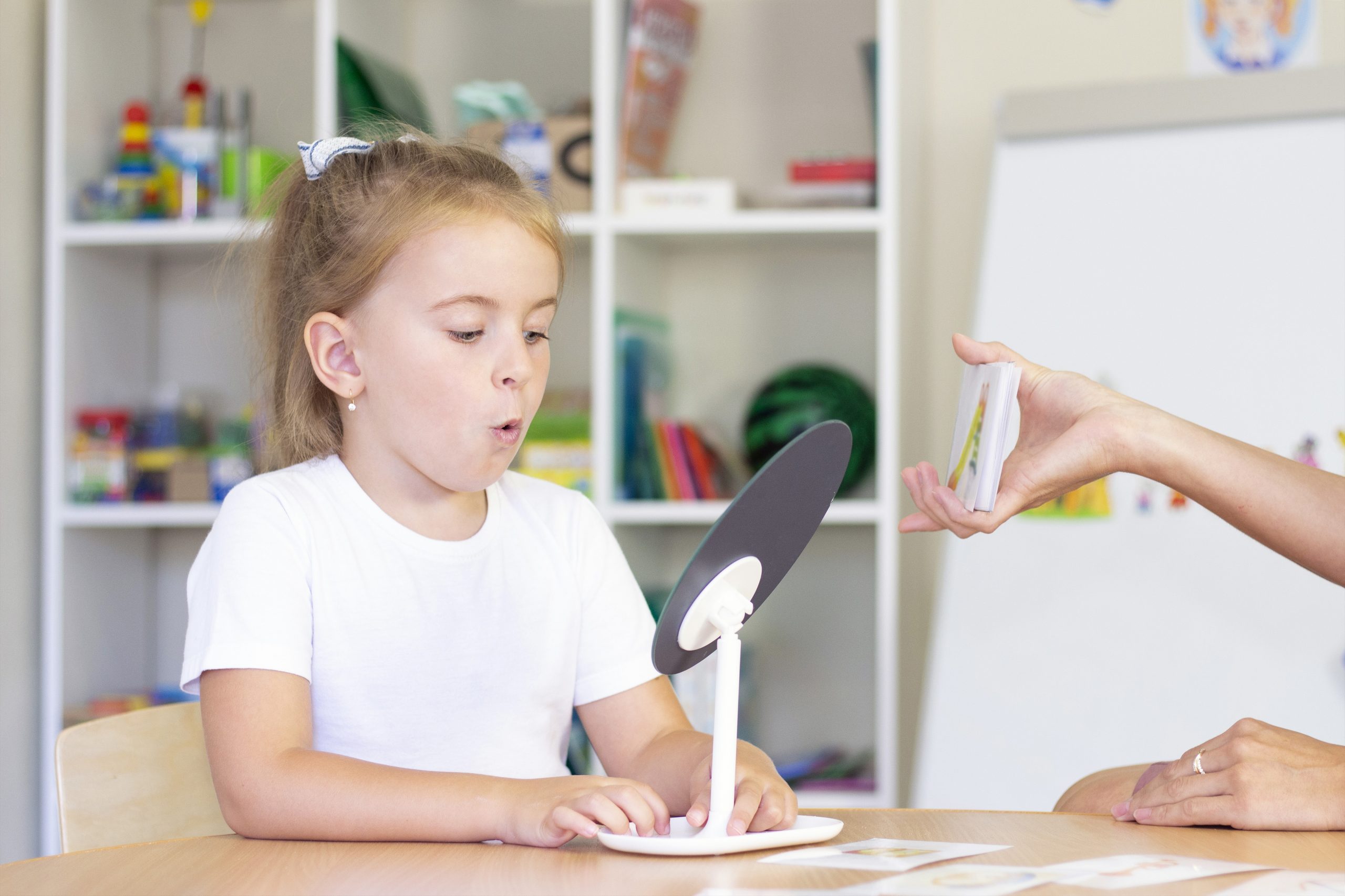 For children having difficulty feeling the difference, putting their hand on the teacher’s throat may prove helpful. Prompts such as turning on your voice or making the sound vibrate can help to make this relatively abstract idea more concrete. If a student is having difficulty telling whether a sound is voiced or unvoiced, the use of a harmonica may be helpful. A harmonica only works when the player hums or uses their voice as they blow into the instrument.

Voiceless or unvoiced sounds are sounds in which the vocal chords are not activated. They are made by movements of the tongue or air being pushed out of the mouth in various ways. You may refer to voiceless or unvoiced sounds as quiet sounds. Just as your students felt for vibrations or cupped their hands over their ears to determine if a sound was voiced, these same techniques will allow a student to identify an unvoiced sound. Unvoiced or quiet sounds will not vibrate when you touch your neck and the sound remains quiet when you hand ear phones are placed over your ears.

Some examples of unvoiced sounds include:

Tips for Voiceless or Unvoiced Sounds

Several graphemes have both a voiced an unvoiced pronunciation. For example the letter s is unvoiced in the word cats, but voiced in dogs. Th is unvoiced in thing, but voiced in then. To help your students determine if a sound is voiced or unvoiced, it is important that they clip the consonant sound and avoid adding “uh” to the end. Unvoiced sounds feel like whispering. One way to help students correctly produce an unvoiced consonant is holding a piece of paper in front of them. The nice puff of air from the /h/ or /p/ sound will move the paper. This helps students to visualize the movement of air that is characteristic of an unvoiced sound.

Here are some ideas for practicing voiced and voiceless sounds:

For students who are English language learners, it may be necessary to pay extra attention to this skill. Pronunciation differences between English and first languages can further lead to spelling challenges and extra difficulty forming the English sounds correctly. Tongue twisters are a fun way to practice careful articulation and students can use their new knowledge of voice and unvoiced pairs to construct their own challenging tongue twisters. 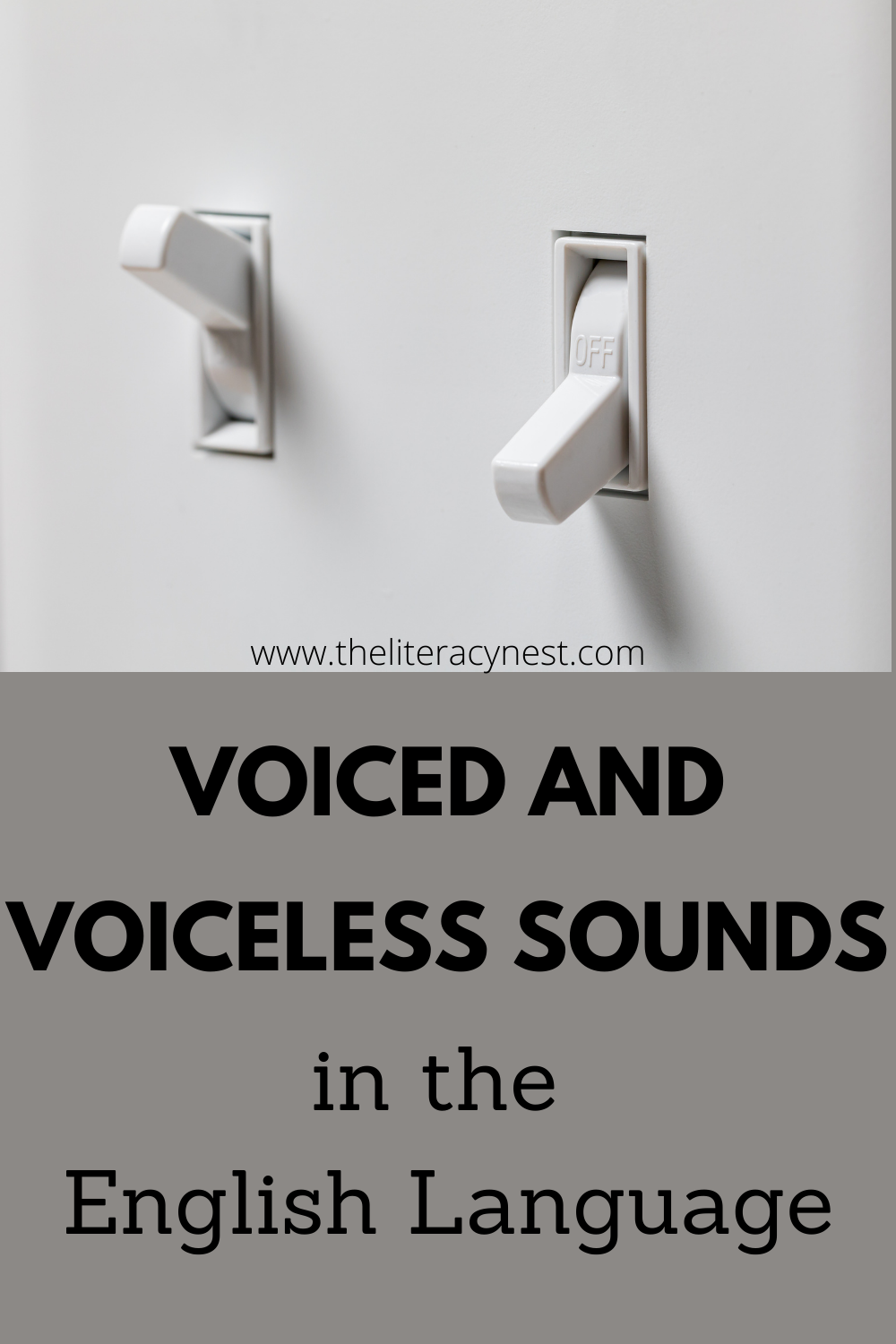 In this variety of posts for teaching phonemic awareness, you’ll find lots more ideas for younger and older students.

When a Student Finds It Hard to Blend Sounds Together: 6 Tips for Getting Over the Hump   While very often, things go along quite swimmingly in the Orton-Gillingham lesson plan, from time to time we all have a student that has particular difficulty blending sounds together. They know their letters and can correctly…

7 Tips for Helping Your Student Master Short Vowel Sounds   Those Tricky Short I and Short E Sounds! One of the very first things students need to master also happens to be one of the most difficult for many of them, the short vowel sounds. Short vowels are introduced very early in level…

Phonemic awareness might be one of the most important, most talked about, and most misunderstood aspects of literacy. Some of that confusion stems from the similarities and differences between phonological and phonemic Awareness. They are very much related, but not interchangeable. If Phonological Awareness is an umbrella that covers skills, those skills include hearing words…

Not too long ago, I shared 6 of my favorite read aloud books to promote phonological awareness. I promised that there would be even more to come. Here they are! Not only are these great books for building phonemic awareness, but several of them have sequels that have similar structures and can be…